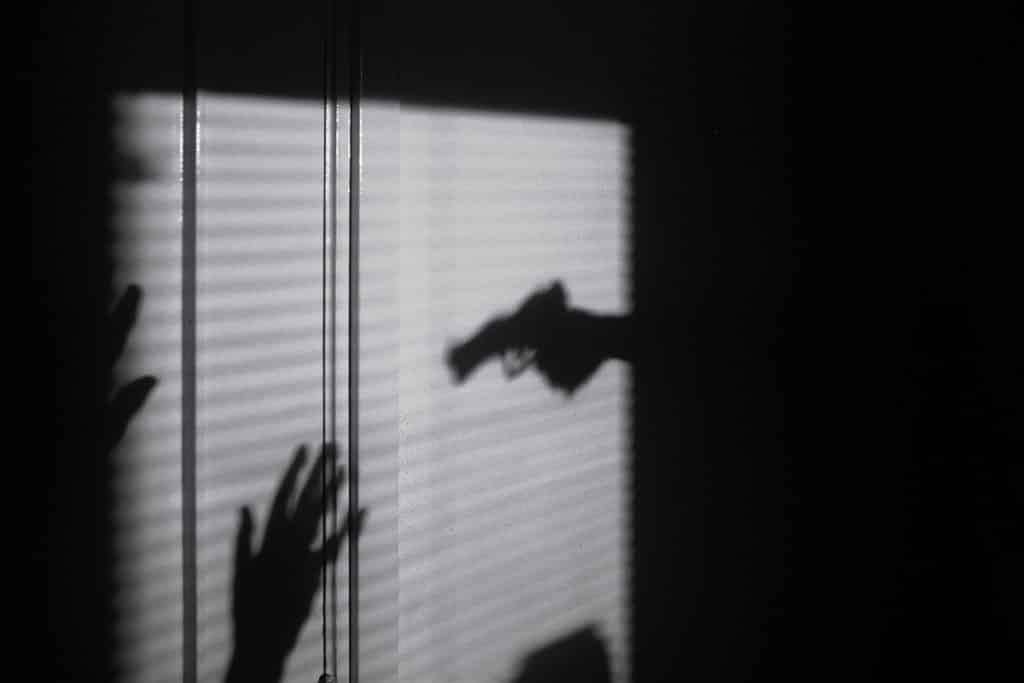 What is it about forensic files, murder mysteries, and stories of criminal acts  that has audiences gripped and coming back for more?

Make sure to bookmark this page as we’ll be updating it regularly!

The disappearance of two of Lori Vallow’s children in Rexburg, Idaho in September 2019 would expose a bizarre trail of death, devotion and Doomsday beliefs that captivated the nation. This haunting podcast is delivered by Keith Morrison and Dateline NBC. 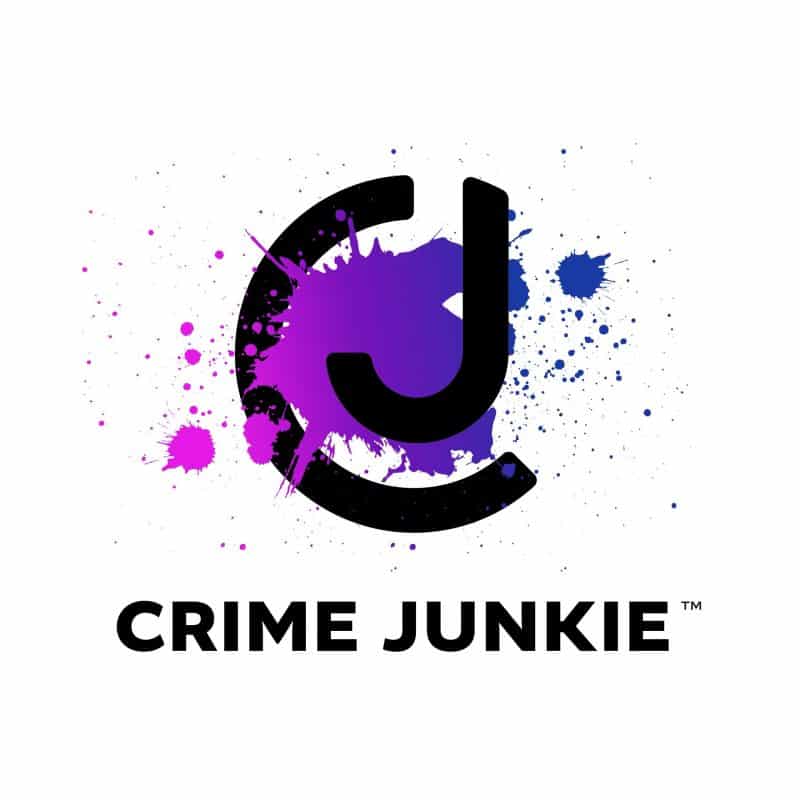 If you can’t get enough true crime, then this podcast is for you. Hosted by Ashley Flowers and Brit Prawat, this podcast debuted in December 2017 and has remained at the top of the charts since with over 500 million downloads, 630 stories, and $643,000 donated to charity. 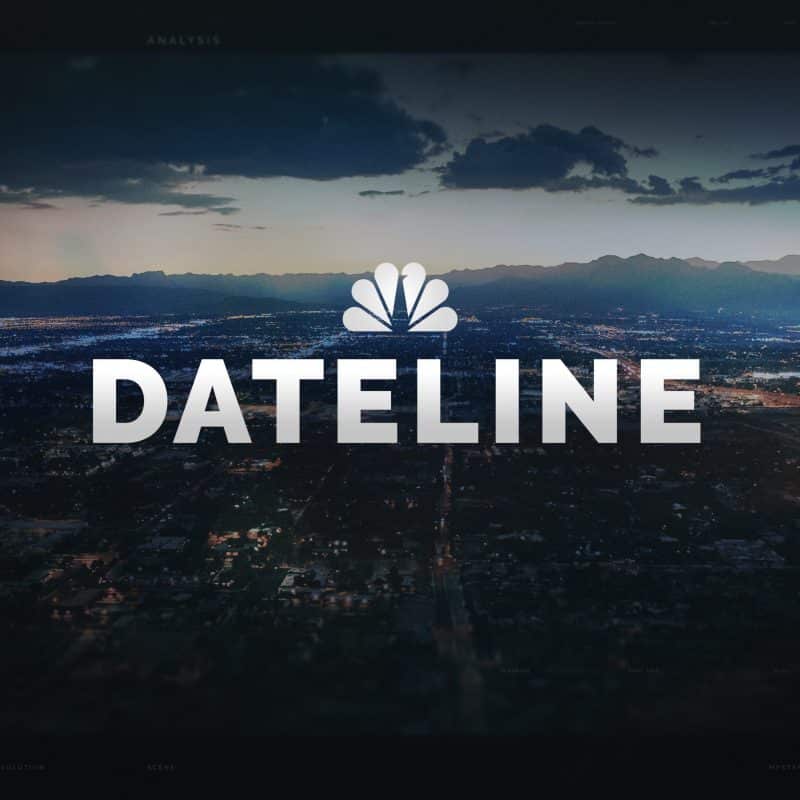 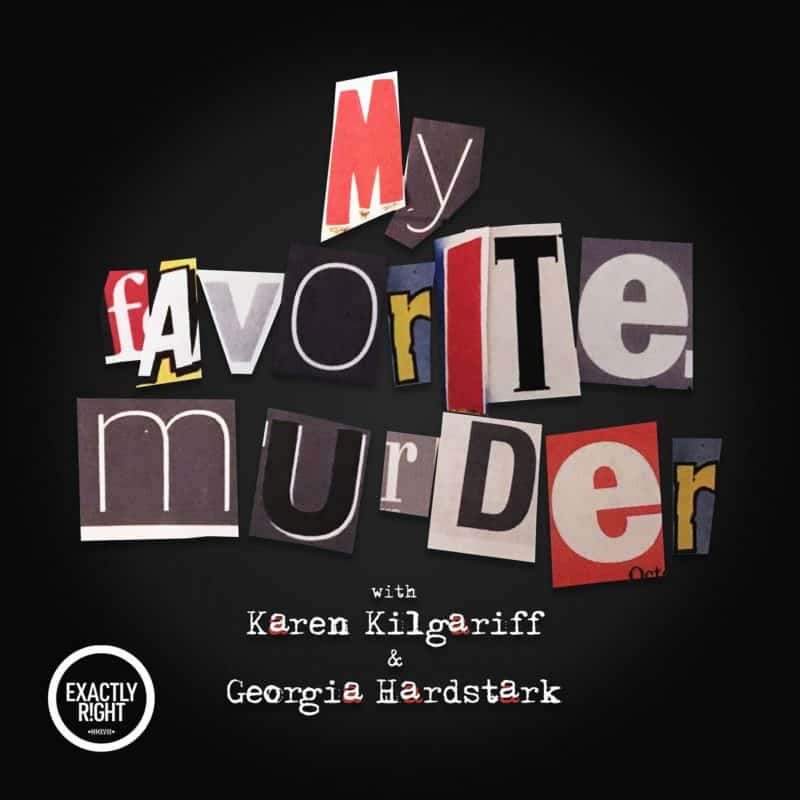 4. My Favorite Murder with Karen Kilgariff and Georgia Hardstar‪k‬

In this podcast, lifelong fans of true crime stories Karen Kilgariff and Georgia Hardstark tell each other their favorite tales of murder and hear hometown crime stories from friends and fans.
iTunes 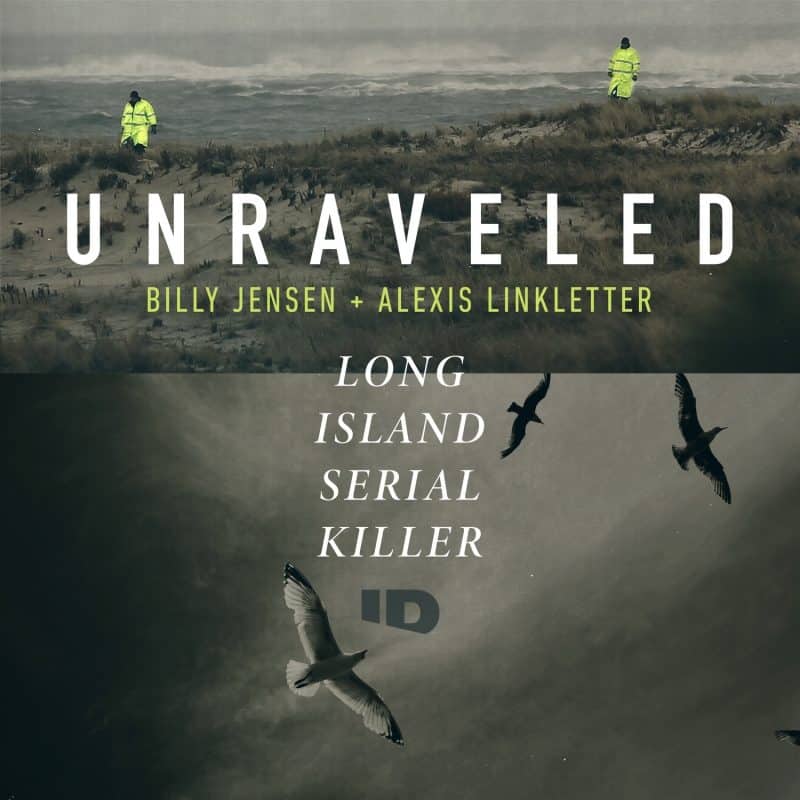 “Unraveled: Long Island Serial Killer” is a search for answers in one of the biggest murder mysteries in American history. It’s been ten years since eleven bodies were found on the coast of Long Island. Amongst a backdrop of police corruption and cover ups at the highest levels of Suffolk County, co-hosts Alexis Linkletter and Billy Jensen reinvestigate the murders from a decade ago to expose the untold story of why the case remains unsolved. 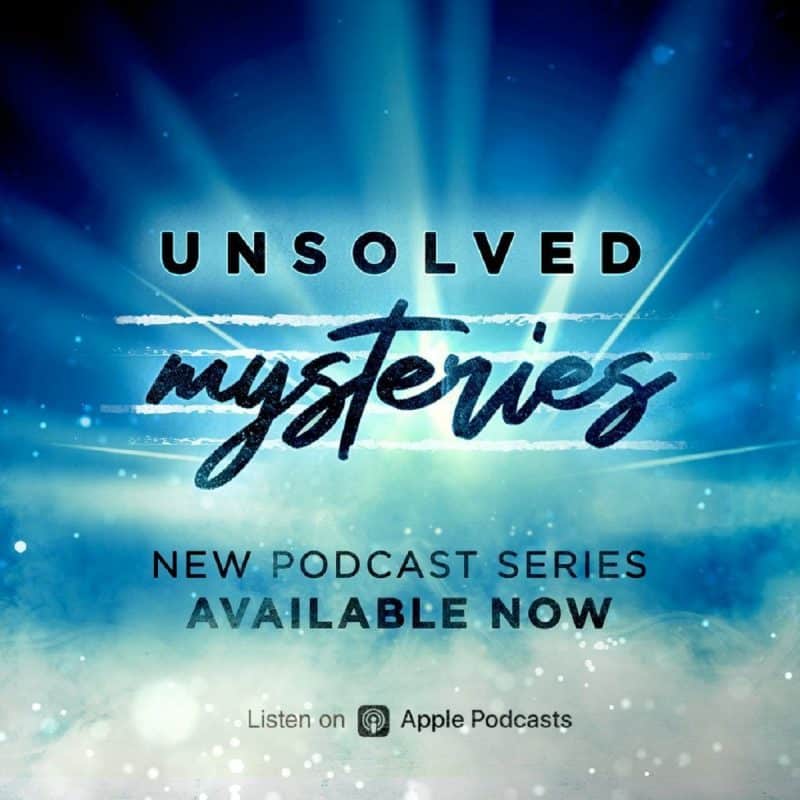 The official Unsolved Mysteries podcast was created by the original creators of the iconic television series, presented by Cadence13. Join host Steve French each week as he presents all new mysteries, from terrifying abductions to bizarre paranormal encounters, heinous killers and unexplained deaths. For every mystery, there is someone, somewhere who knows the truth. Perhaps it’s you.
iTunes 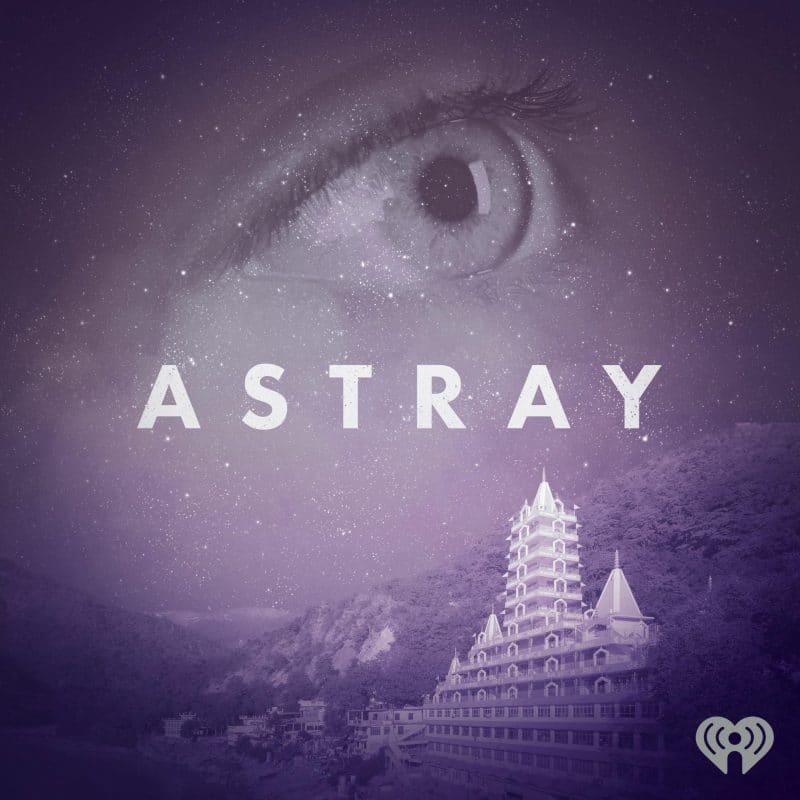 How far would you go for enlightenment? Westerners have long been drawn to the spiritual mystique of India. While many find what they’re looking for and return home, some vanish without a trace or even end up dead. The Astray podcast investigates those who pay the ultimate cost in search of spiritual awakening.
iTunes 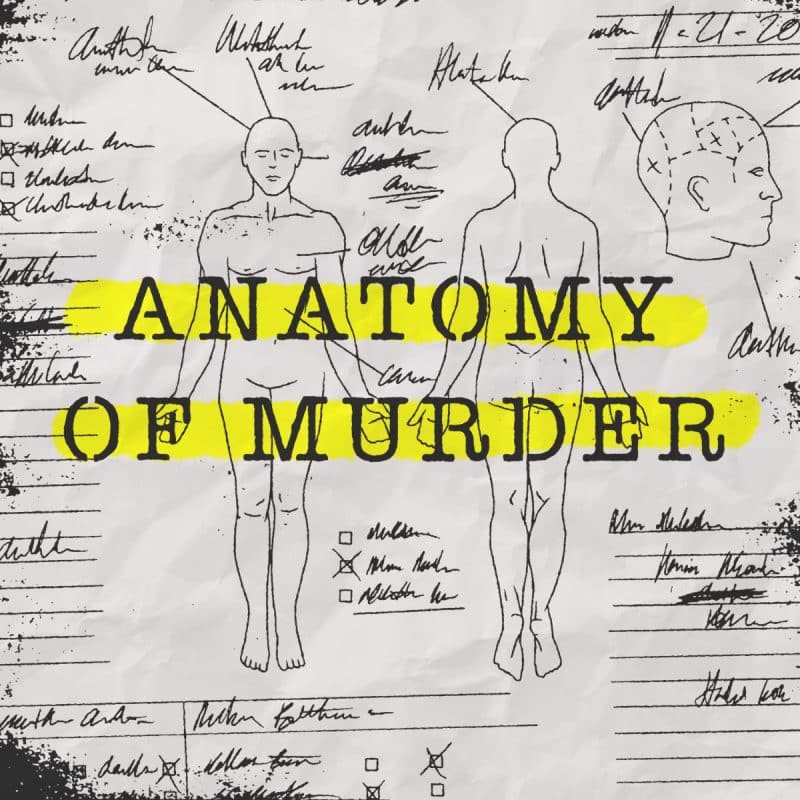 A murder case has many layers: the victim, the crime, and the investigation. To truly understand it, you need to dissect each piece of a tragic puzzle. In this podcast Anna-Sigga Nicolazzi and Scott Weinberger deliver an insider’s perspective, as they reveal to you the Anatomy of Murder.
iTunes 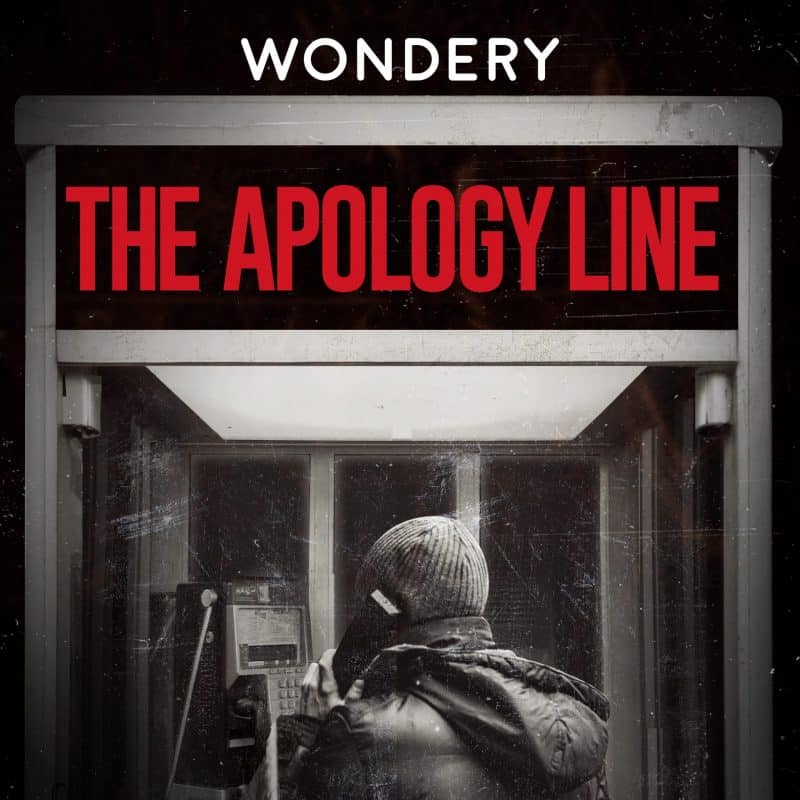 If you could call a number and say you’re sorry, and no one would know, what would you apologize for? For fifteen years, you could call a number in Manhattan and do just that. This podcast features the story of the line, and the man (Allan Bridge) at the other end who became consumed by his own creation. He was known as “Mr. Apology.”

As thousands of callers flooded the line, confessing to everything from shoplifting to infidelity, drug dealing to murder, Mr. Apology realized he couldn’t just listen. He had to do something, even if it meant risking everything. From Wondery the makers of Dr. Death and The Shrink Next Door, comes a story about empathy, deception and obsession. Marissa Bridge, who knew Mr. Apology better than anyone, hosts this six episode series. 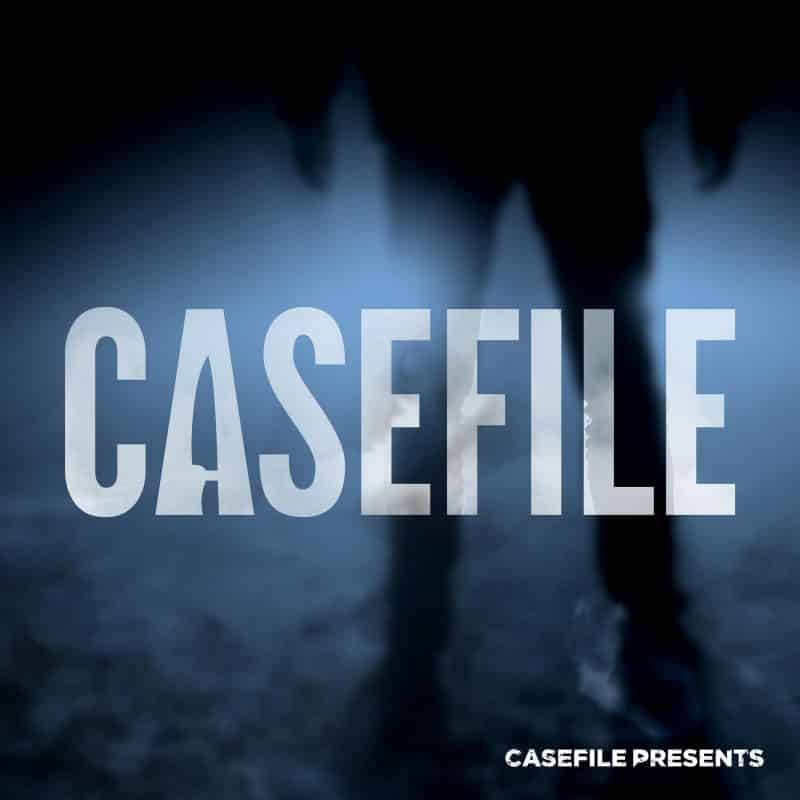 Fact is scarier than fiction. Casefile is an award-winning true-crime podcast that presents unforgettable stories in a professionally produced audio format. What started in 2016 as a one-person side project has grown to include an entire team based across multiple continents. The episodes delve deep into the circumstances, investigations and trials of both solved and unsolved cases from all over the world.
iTunes 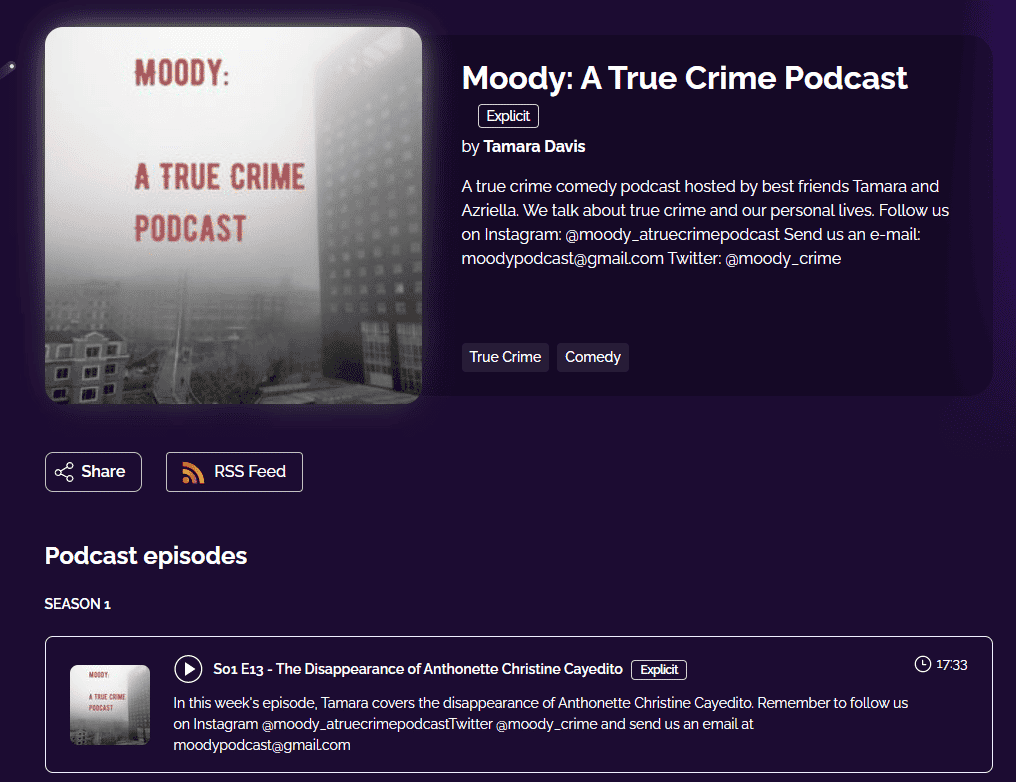 A true crime comedy podcast hosted by best friends Tamara and Azriella. We talk about true crime and our personal lives.
Podcast 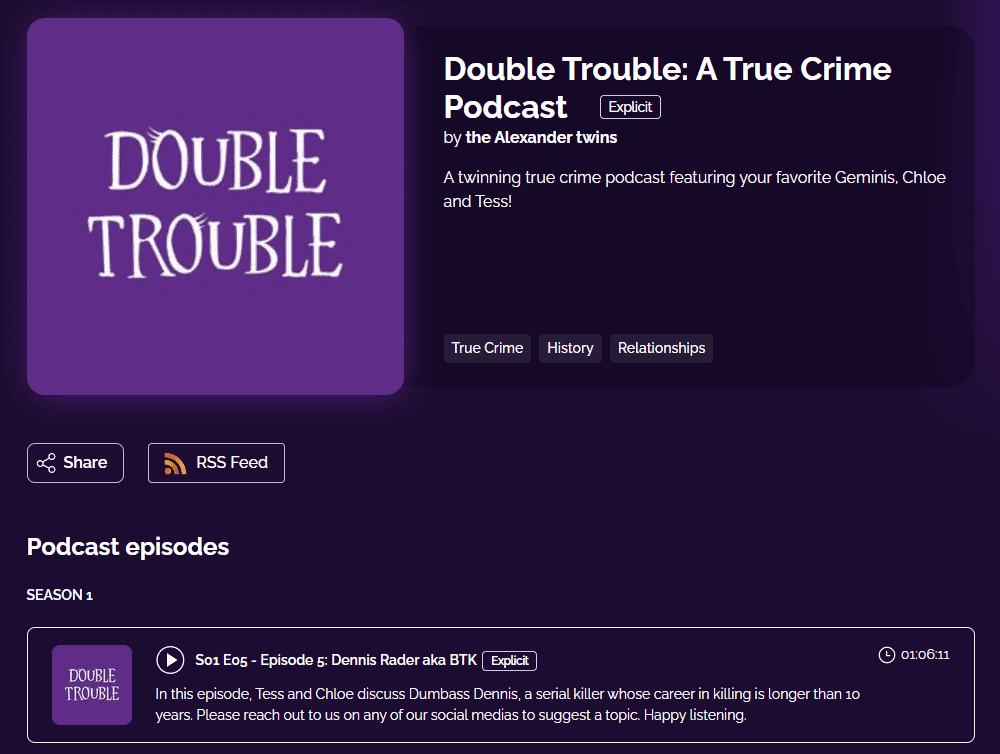 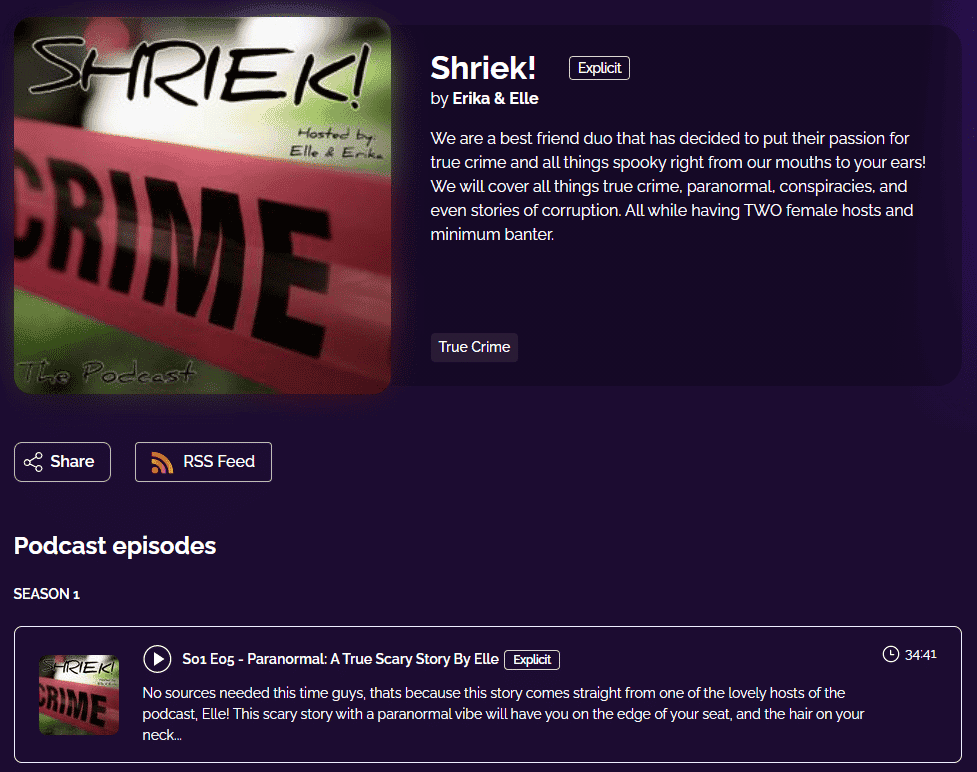 We are a best friend duo that has decided to put their passion for true crime and all things spooky right from our mouths to your ears! We will cover all things true crime, paranormal, conspiracies, and even stories of corruption. All while having TWO female hosts and minimum banter.
Podcast 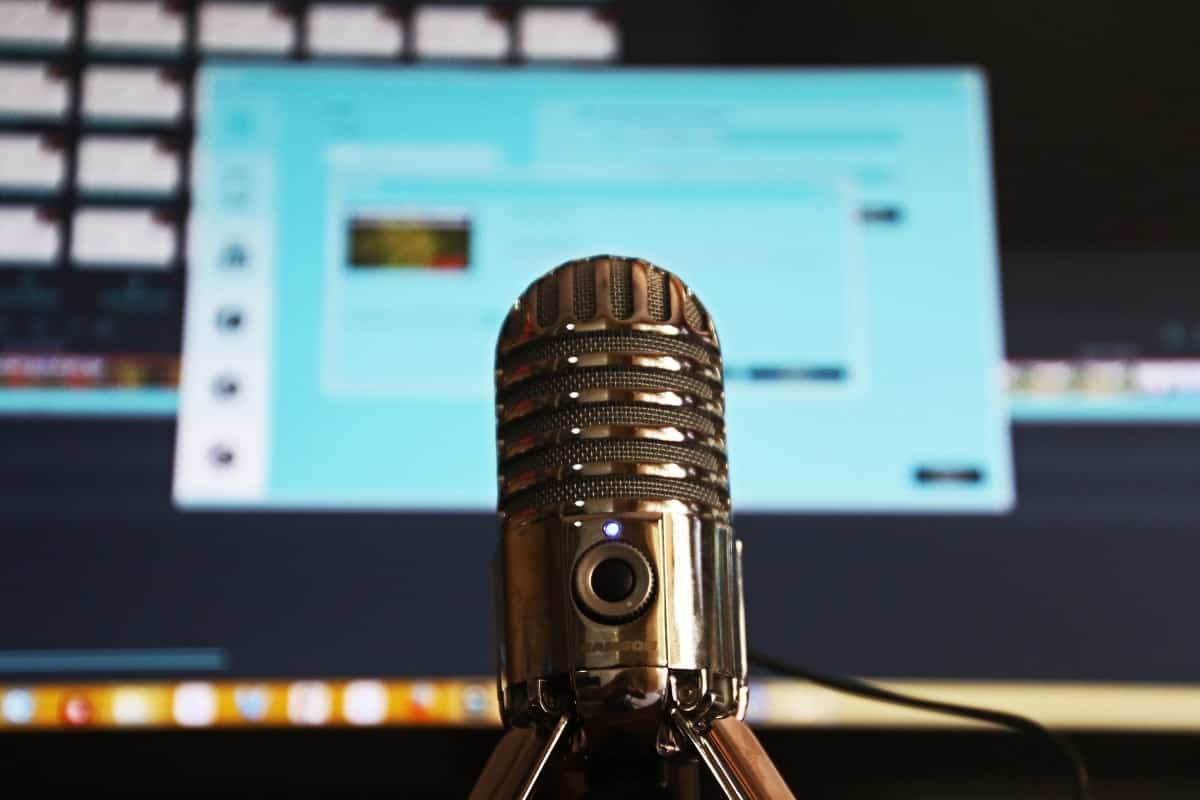 Ready to Start Your Own True Crime Podcast Podcast?

With unlimited audio storage, episode scheduling, social media integration, and unmatched customer support, RSS.com Podcasting is the #1 way to start and grow a podcast. Get started today for free!

Ready to start you own podcast? With unlimited downloads and storage, real-time analytics and monetization options, you'll have everything you need to start, grow, track and monetize your show. 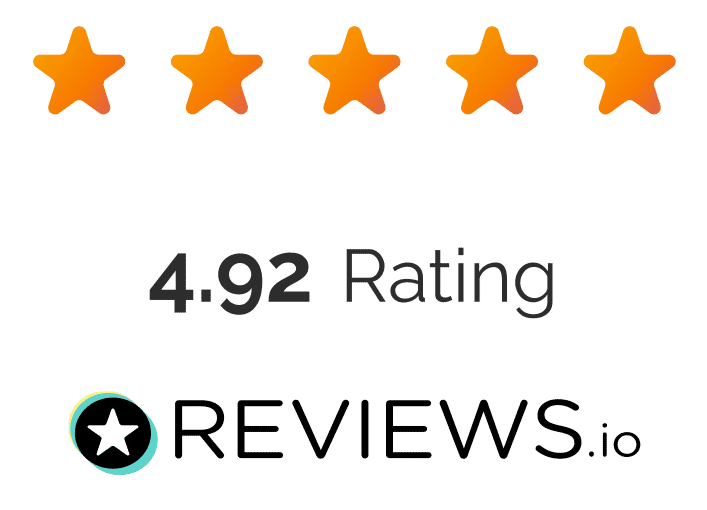 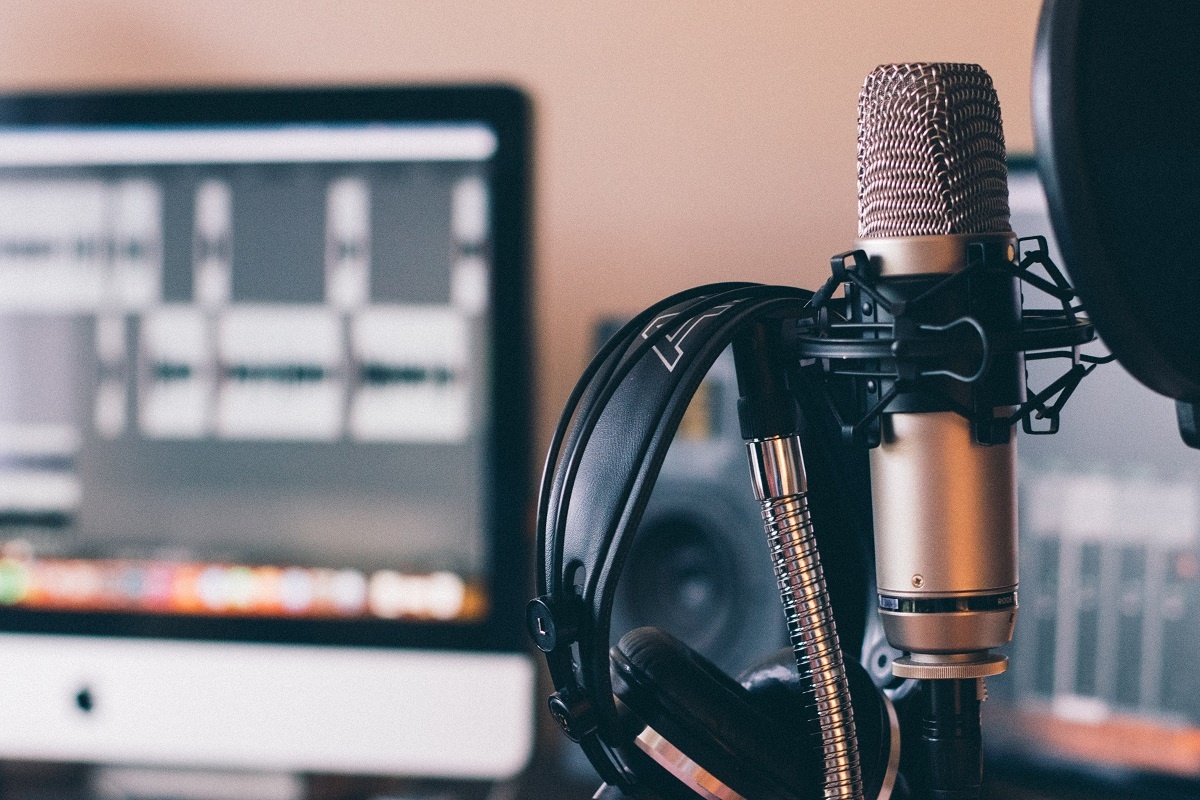 Looking for inspiration? Check out our latest podcasting tips and resources! 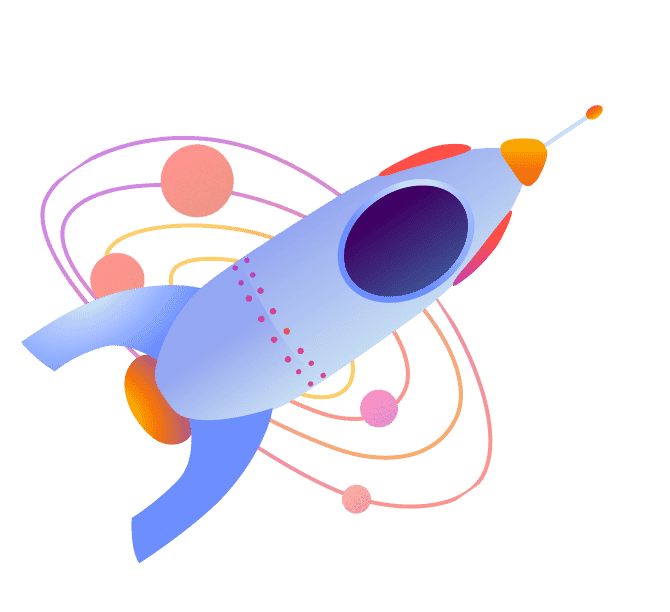 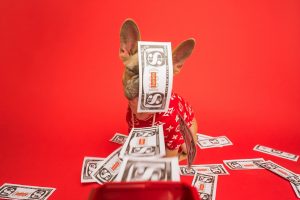 Are you ready to start a podcast? Save BIG with Black Friday podcast hosting coupon codes from RSS.com! Get Three Full Free Months of Podcast 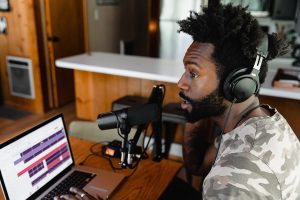 Learn how to add your podcast to Apple, Spotify, Google Podcasts, Stitcher, TuneIn, and more. We created this guide because we want you to get found and be heard!

1st Version of RSS.com Circa 2017 Imagine for a moment launching a business with a partner you’ve never actually met in real life. Now imagine 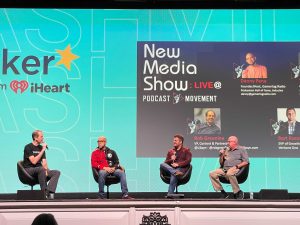 Image Credit: Danny Peña There’s nothing quite like meeting people in person, getting the opportunity to hear their stories, and learn more about their Podcasts. 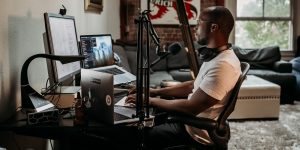 How to Monetize Your Podcast with Podcorn

We’ve partnered with Podcorn to make sponsorships easier for our users! Learn how to make money podcasting with Podcorn. 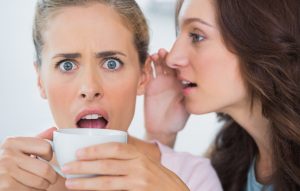 Are You Getting Too Personal On Your Podcast?

As you start sharing stories with your audience, it’s only natural that you will become all too comfortable with the details you’re spilling onto the