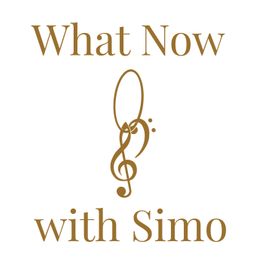 Newfound freedom — Fresh air — The 1st movement of Beethoven's Piano Sonata No. 14 (Moonlight) — Pieces I never get tired of — Changing pianists, changing tempi — In Season 3 of Twin Peaks — The most remarkable use of this movement — Time slows down — David Lynch and Angelo Badalamenti — The gift of simplicity — "Slower" — Music is a set of simple things in combinations of varying complexity — Simple questions, simple choices — The idea tells you everything — The answers already embedded in the idea — Creating a story — Many ways of writing — The main thing is to remain open and be ready — 1:29 p.m. — Wildfires in the United States — National Geographic — 85–90% of wildfires result from human causes (ignorance, negligence, or malice) — 8:19 p.m. — Fragmentation and Season 3 — Matches lived reality — Life has both discontinuity and continuity — Every discontinuity opens up a space — Stories and imagination — Connecting the dots — Leaving audiences with ever less and less — A TV film called House of Secrets starring Bruce Boxleitner and Melissa Gilbert and featuring the music of Anthony Marinelli — Set in New Orleans — "If Ever I Cease to Love" (song of Mardi Gras) — Lyrics by George Leybourne — Several days later, 3:04 a.m. — Canadian pianist and writer Glenn Gould — The Aria (da capo) from Bach's Goldberg Variations — A special person — Nothing done for show — Ahead of his time — Created a lasting legacy — VHS era — "Amarilli" by Caccini — "(Ghost) Riders in the Sky" by Stan Jones — Country (hillbilly) music — Bob Dylan — Norm Macdonald — 3:21 a.m. — Two kinds of people — Experiences that change you irrevocably — Disappointments — Norm is special — All I can do — A set of diary entries