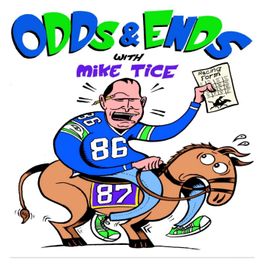 As the football season roars past the halfway point, Mike is joined by members of two of the teams fighting at the top of the standings.

First, Buffalo Bills LB coach Bob Babich comes back on the pod to update us on the 6-2 Bills and what they're doing to stay on top for the second half of the season.

Then Minnesota Vikings TE Irv Smith Jr. comes on to discuss the adjustments he has been making for the NFL as a rookie and what the Vikings have to look forward to against the Cowboys this weekend.