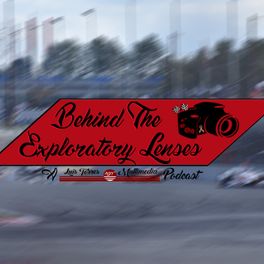 In this raw and unedited episode of "Behind the Exploratory Lenses," I vent my frustrations regarding the future of INDYCAR and NASCAR on television due to low numbers and poor promotions. I also discuss about cancellations of both Portland and Laguna Seca will mark the first time since 1946 that any form of Indy car competition won't visit the West Coast and it leaves September without INDYCAR racing. Furthermore, why the NASCAR Graduate Level System that Brad Keselowski suggested looks great on paper, but it won't make it past initial discussions. The subject rose following an incident involving NASCAR Cup Series rookie Quin Houff at Texas and where do I stand on the controversial ordeal. Enjoy this thought provoking episode.